We waited weeks for the title to transfer.  No one could explain the hold up. We had purchased the house “as is” and since it was vacant, there was no one to move out. All of the inspectors we had hired at our end had completed their inspections within a week. All we could do was wait.

Buying a house on the spur of the moment left us with plenty to do. We had to find a Realtor and put our own house on the market.  The one thing we had going for us was that our house was in good condition and we wouldn’t have to put any more money in to sell it. The thing we didn’t have going for us was that we lived in the nicest house on the block — the exact opposite of what buyers are told they should buy. There was no way we were going to get out all of the money we had put into that house.

We chose a Realtor and we set our price at the maximum she thought the market would bear. She put a sign in the yard and began showing the house the very next day. On the third day, she called to say the house was sold. We were relieved. On the fifth day, she called to say “Not so fast.” The couple who had signed the contract owed back taxes to the IRS. No one would give them a loan until their taxes were paid. The showings continued.

In the meantime, we started making plans for the new house. It was difficult knowing what and how much we would need to do before moving in based on our memories of our one, single visit. I had the advantage of knowing the house from my childhood. It didn’t help much.

“We’ll have to replace the carpeting,” I said to Doc during one of our brainstorming discussions.

I could remember Aggie’s floral rugs but not the floors around them.

“Of course it is!” I answered. Doc and I had spent months visiting furniture stores looking for something we both loved and could agree on. I suddenly remembered Aggie’s dining room table and china cabinets and how crowded the room had been.

I wondered if it would fit.

“I’m more worried about our couch,” I said. We had a large sectional sofa in our living room. “I don’t know if there’s a corner big enough in the new living room to hold our couch.”

Doc scowled. “I don’t know if there’s a door wide enough to get the couch through. It’s the piano that’s going to be the real problem though.”

“I don’t know how we’re going to move it,” he said. “I hope the front porch doesn’t collapse as we’re trying to get it through the front door.”

“Do you really think the front door might not be wide enough to get the furniture through?”

I picked up the phone and called the Realtor. He agreed to meet us at the house for a second visit. We would take a measuring tape this time, and a camera. 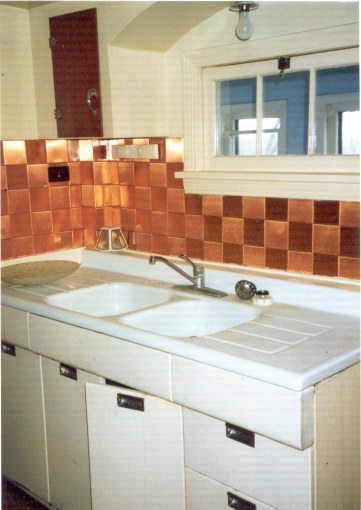 Our own Realtor called with another offer on our house. It was a good offer and we signed it. The house was sold for a second time. A week later she called again. The buyer couldn’t qualify for a mortgage. The deal was off. We insisted that all future buyers have a pre-approved mortgage certificate before we would sign another contract. The “For Sale” sign went back up.

It was an omen of things to come.